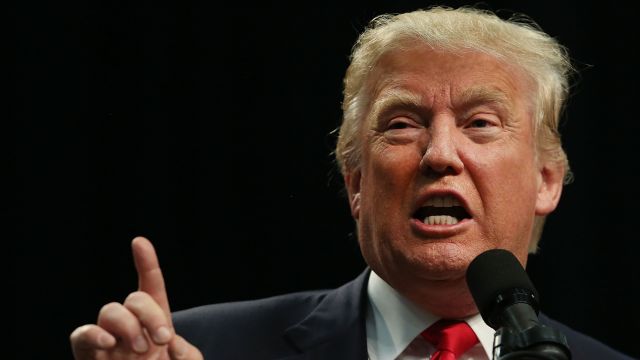 If Donald Trump is elected president, Social Security might be no more.

That's according to a report from Bloomberg, which says the presidential hopeful recently told House Speaker Paul Ryan he wants to cut Social Security "from a moral standpoint."

But the report, citing an unnamed source, says Trump won't admit it publicly.

Trump and Ryan met behind closed doors earlier in May after it became more and more apparent that Trump, a controversial GOP figure, would be the party's nominee.

After the meeting, Ryan said the two still had differences but were working to unify the Republican Party, although Ryan has yet to endorse Trump.

The debate over what to do with Social Security has been an ongoing one for both sides. Some estimates say the program will become insolvent in as little as seven years. Others say roughly 20 years.

Likely Democratic nominee Hillary Clinton has spoken out against proposed plans to privatize it.

"The first thing we have to do is prevent the Republicans ever from privatizing it. ... We need to get more money into the Social Security trust fund to keep it solvent far into the future," Clinton said at a town hall debate.

A recent Gallup poll reports that 20 percent of Americans don't plan on using Social Security as a main source of income — the highest percentage since 2012.