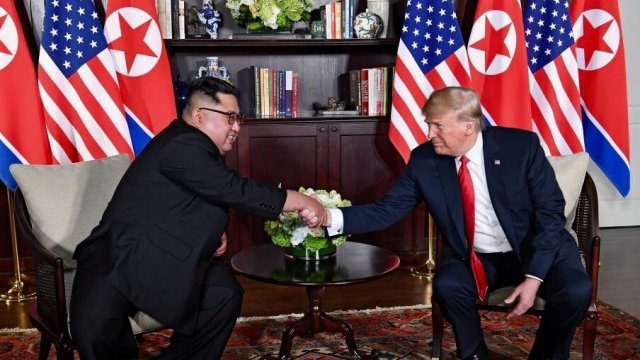 The two world leaders met in Singapore for an unprecedented summit with denuclearization high on the priority list. Both men expressed optimism ahead of their meeting.

"I feel really great. We're going to have a great discussion and, I think, tremendous success. It will be tremendously successful, and it's my honor. And we will have a terrific relationship. I have no doubt," Trump said.

First on the schedule was a one-on-one meeting with Trump and Kim, without any of their advisers present and with only a translator for each leader in the room.