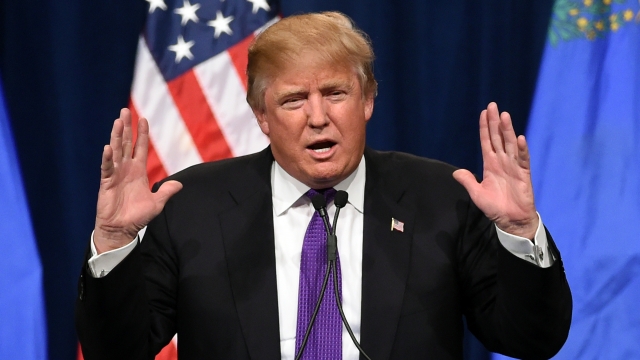 New York Rep. Chris Collins said Wednesday, "Donald Trump has clearly demonstrated that he has both the guts and the fortitude to return our nation's jobs."

Trump's still a long way behind Marco Rubio, who's racked up 62 endorsements from representatives, senators and governors. Ted Cruz and John Kasich aren't doing too bad either, compared to the front-runner.

But Republican primary voters don't seem to care. Trump has been out ahead in polls for six months and shows no signs of falling.

This video includes an image from Getty Images and clips from C-SPAN and the Office of Rep. Chris Collins.

Correction: A previous version of this video misstated the number of endorsements each GOP candidate had. This video has been updated.