The President Didn't Tweet About Comey, But Another Trump Did 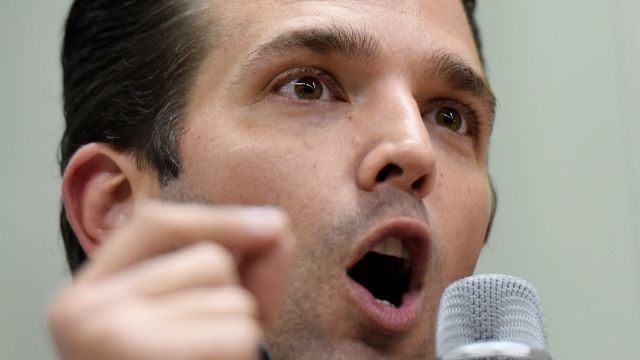 SMS
The President Didn't Tweet About Comey, But Another Trump Did
By Casey Mendoza
By Casey Mendoza
June 8, 2017
While Trump was silent, his eldest son live-tweeted Comey's testimony to the Senate intelligence committee.
SHOW TRANSCRIPT

Trump Jr. started off the day by retweeting the GOP's "#BigLeagueTruth" campaign, which worked to defend the president during Comey's hearing.

The president's son then issued a tweetstorm disparaging the former FBI director for not doing his job properly.

One of Trump Jr.'s biggest gripes was when Comey leaked his own private memos to the press.

Trump Jr. also pointed out the hearing showed the president was never personally under investigation.

During Trump Jr.'s live-tweeting, others raised the question: Where is his father? 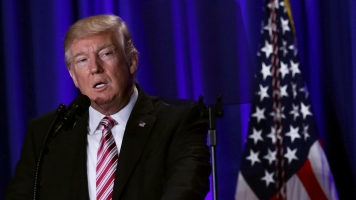 For the entire morning, the president's @realDonaldTrump account was silent. His last tweet, which had nothing to do with the hearing or Comey, was posted Wednesday morning.

The White House said Trump would have a very busy day during Comey's hearing. The president gave a speech to a religious group during the testimony back in Washington, D.C.

The president's last tweet about Comey was posted May 31. He referred to the investigation as a "Witch Hunt."

Today's Senate hearing went viral on Twitter as #ComeyDay. One of the biggest takeaways was when the former FBI director said he was fired because of "the Russia investigation."