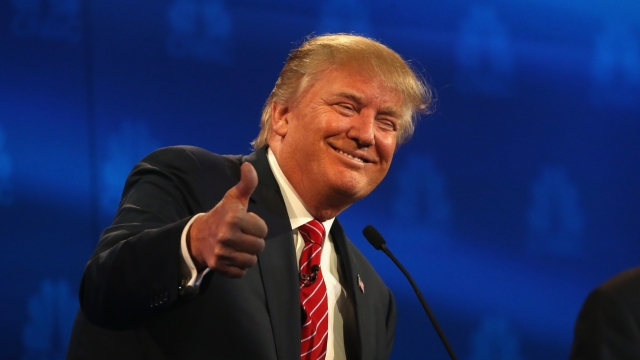 Donald Trump retweeted a fake Time magazine cover that shows him as its person of the year — except that honor actually went to the German chancellor.

On Saturday, Donald Trump retweeted a picture of a fake Time magazine cover that stated he was the publication's person of the year.

In his tweet, Trump didn't mention the photo was a mock-up. He simply captioned it "Wow!" Maybe he was speechless.

Time's actual 2015 person of the year was German Chancellor Angela Merkel for her role in easing Greece's debt problems and her response to Europe's migrant crisis.

And at the time, Trump wasn't too pleased about getting passed up for the honor. In December he tweeted, "I told you @TIME Magazine would never pick me as person of the year despite being the big favorite They picked person who is ruining Germany."

Trump did make the magazine's shortlist, though, along with Caitlyn Jenner, Russian President Vladimir Putin, Uber CEO Travis Kalanick and several others.

This video includes clips from Donald J. Trump for President Inc. and World Health Organization and images from Getty Images.