Donald Trump Is Running For President (For Real This Time) 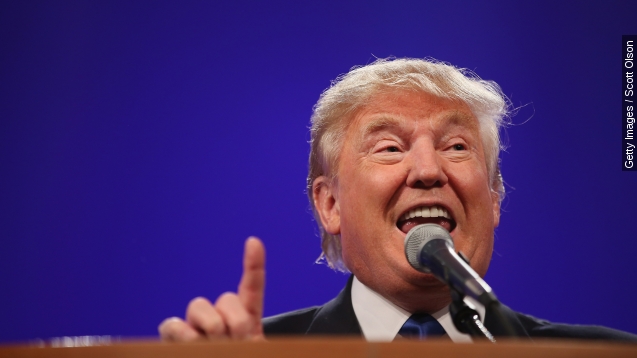 "Ladies and gentlemen, I am officially running for president of the United States, and we are going to make our country great again," Donald Trump announced Tuesday. (Video via C-SPAN)

Donald Trump is finally in. The real estate mogul and reality TV star had been teasing the announcement for a while.

"I'm going to have a big deal going on at Trump Tower on June 16, and I'll be giving a decision as to what I'm going to be doing," Trump told Fox News.

Trump, of course, flirted with White House runs in each of the four previous elections. (Video via NBC / "The Celebrity Apprentice")

So when he finally jumped in Tuesday, the announcement was very, well, Trump-like — at a building named after him. At one point "Phantom of the Opera" played in the background.

But while Trump might have the name recognition many other GOP contenders lack, his likability is another issue.

Of the 2016 hopefuls, Trump had the lowest net favorability among voters, according to a Washington Post/ABC poll earlier this month.