Donald Trump Is Embarrassing Students At His Alma Mater 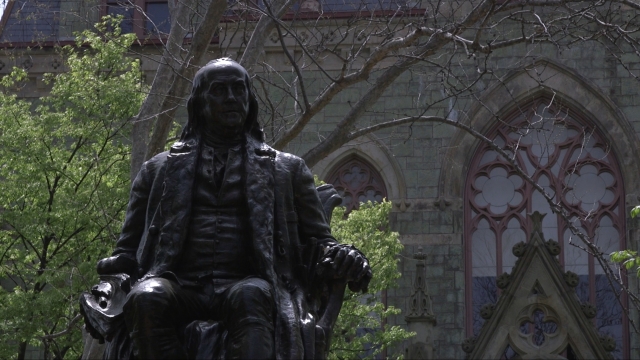 "People are just embarrassed that Wharton, Penn's name, is affiliated," a Wharton business student told us.

"Nobody really likes it when he goes, 'Oh, I'm very smart. I went to the best school. I'm a Wharton graduate,'" said another Republican on campus.

Trump regularly mentions his alma mater, the Wharton School of Finance, while on the campaign trail and on CNN and Fox News. He references his education there to support his policies and statements. The many Republicans and business students we spoke to at the University of Pennsylvania, which is home to Wharton, say they'd rather he not.

"The culture on campus is that we don't want to be associated with him or his campaign," a UPenn College Republican told us.

"We had a freshman here who started a Penn for Trump group," a Republican student said. "Then when Trump made his comments about the Muslim ban ..."

"They disavowed Trump as a candidate, and then they disbanded as an organization," another Republican student told us. "He is extremely unpopular at Penn despite it being his alma mater. Even the College Republicans chapter does not like him at all."

"I'm Mexican, and I found a really great community here of Latinos," a Wharton student told us. "So, for Trump to say these really kind of terrible things about keeping immigrants out, I don't think that's representative of Wharton at all."

"It doesn't really seem to align with the kind of academic rigor and the kind of intelligence that I see here at Penn," another business student said.

"I would say 70 percent for Kasich, 15 percent for Cruz. The rest are sort of ... hoping for someone they prefer coming out of, hopefully, the brokered convention," a UPenn College Republican said.

"A lot of Wharton students swing more in the direction of being fiscally conservative," a Republican student said. "That's just not the core of Trump's campaign."

"He's really making it difficult for moderate, college-age Republicans to be OK with being a Republican," a young conservative told us.