Will Donald Trump Move The US Embassy In Israel? 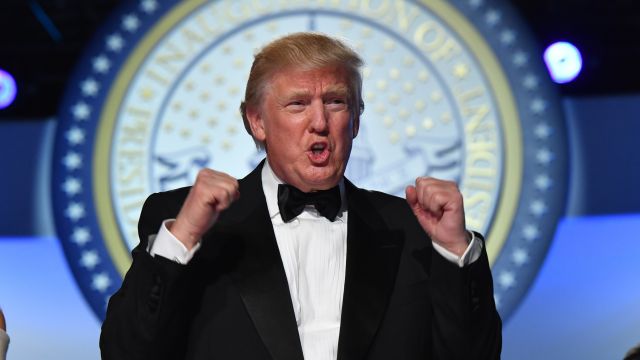 President Donald Trump spent part of Sunday on the phone with Israel, likely talking about moving the U.S. Embassy in Israel to Jerusalem. And that's a big deal.

Both Israel and Palestine claim Jerusalem as their capital, so most countries have kept their embassies in Tel Aviv to avoid the controversy.

The Trump administration said Sunday it's at "the very beginning" stages of discussing plans to move the embassy. That would be welcome news to Israeli Prime Minister Benjamin Netanyahu, whose relationship with former President Barack Obama got worse in the final months of Obama's presidency. 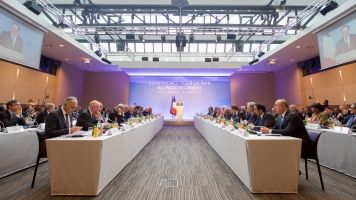 At the United Nations in December, the U.S. abstained from a vote on a resolution to formally condemn Israeli settlements in East Jerusalem, an area at the center of the land dispute between Israel and Palestine. That resolution passed, and Israel considered it an affront to the American commitment to defend Israel.

The Obama administration fought back, calling out anti-Israel bias in the U.N. but saying Israeli settlements undermined any hope of a two-state solution.

The two-state solution could be all but squandered if the embassy moves. Palestinian officials are not expected to react well to the U.S. effectively recognizing Jerusalem as the capital of Israel instead of Palestine.

Trump has been promising this move for months. Before his inauguration, he said once he became president, the Palestinians would no longer have a platform at the U.N.

But he's not the first new president to promise to move the U.S. Embassy in Israel. Both Bill Clinton and George W. Bush made similar promises before taking office. Neither of them did it, though, as the potential blowback from the Arab world stopped them.

But a decades-old law will require Trump to make some kind of decision by the end of May. Congress passed the Jerusalem Embassy Act in 1995 to relocate the embassy to Jerusalem. But presidents have been delaying that law every six months since, and Obama's latest deferral expires in May.