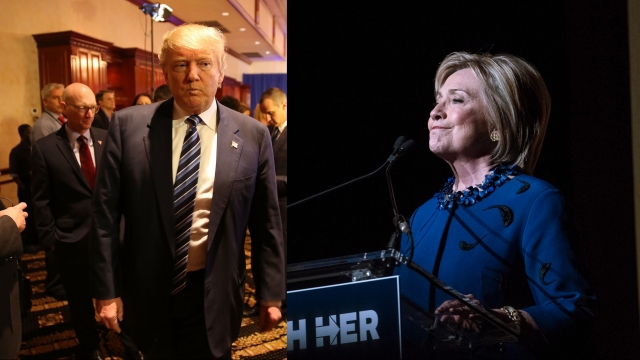 The latest polls put Hillary Clinton and Donald Trump well ahead of their rivals, despite an earlier poll showing an upset by John Kasich.

Michigan is the next big prize in the presidential campaign, and a new Marist poll shows Donald Trump and Hillary Clinton well ahead of their rivals.

Trump's lead comes after the Republican debate in Detroit Thursday night, when he and Marco Rubio spent a lot of time trading insults. Rubio trails Trump and Ted Cruz in the Michigan poll.

John Kasich is hoping to finally gain some momentum with Tuesday's primary, and a poll from American Research Group actually showed him beating Trump in the primary. Unfortunately for Kasich, all other recent polls put him in last place.

Bernie Sanders will have a chance to try to close the gap with Hillary Clinton when the two candidates debate Sunday night in Flint, Michigan. Both candidates have spoken extensively about the water crisis affecting the city's residents.

This video includes clips from WSYM, Fox News and WXYZ and images from Getty Images.