Donald Trump Has His Own History Of Deleting Emails 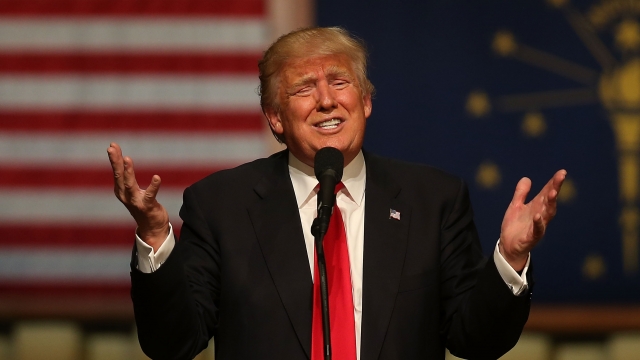 Donald Trump has been going after Hillary Clinton and her emails for months.

"You look at the email scandal, she shouldn't even be allowed to run," he said on MSNBC's "Morning Joe."

And during a speech in Washington, D.C., he said, "Hillary Clinton has jeopardized, totally jeopardized national security by putting her emails on a private server, all to hide her corrupt dealings."

But it turns out, he had an email scandal of his own.

USA Today has been digging into thousands of lawsuits involving Donald Trump, and the outlet's latest revelation is that Trump faced his own deleted email trouble. And in that suit, a Trump-owned business was actually the plaintiff.

The outlet reports the suit was filed in 2004 by Trump Hotels and Casino Resorts. The company claimed a former employee developed an idea to work with a Native American tribe in Florida to build a casino, but instead of building that casino with Trump, the employee took the idea to other developers and completed the project with them.

So where do the emails come in? During court hearings, the defendants said if the Trump claims were true, there would be emails to back them up. So the judge ordered Trump Hotels to hand over emails and documents.

In a later hearing, the Trump Hotels lawyer told the judge: "My understanding from speaking to my client is that there are no emails. They don't keep emails from the time period from '96 until within the last couple of years."

The judge in that case told USA Today: "I was a bit incredulous that an organization of that significance doesn't do email. I had heard a number of things in 24 years on the bench, but that stuck in my mind."

In the end, Trump's company settled the case with the defendants before the judge made any rulings related to the deleted emails and the accusations the company had destroyed evidence.