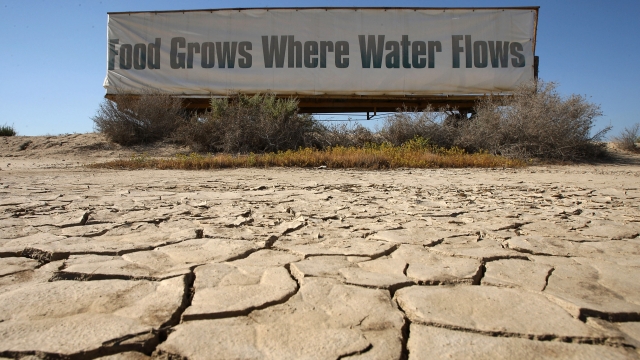 "We're going to solve your water problem. You have a water problem that is so insane. It is so ridiculous where they are taking the water and shoving it out to sea," Trump said.

Trump made those comments in Fresno, California, on Friday. He was joined onstage by supporters holding signs that said "Farmers for Trump."

California is currently in its fifth year of severe drought, according to the U.S. Geological Survey.

Fresno County in particular has a huge agriculture industry. In 2014, its gross production value of crops totaled more than $7 billion.

In April, the county farm bureau released a statement claiming the federal government was mismanaging the water supply in the area, calling it "despicable."

Trump said local farmers told him there is plenty of water but they're sending it out to sea to protect a "3-inch fish." That fish is the delta smelt, which is facing extinction.

According to The Wall Street Journal, the government has flushed more than 1 trillion gallons of water since 2008 to keep the fish out of water pumps.

Trump told the crowd if he wins, his team will "start opening up the water" so the local job market can improve.

This video includes images from and Getty Images.