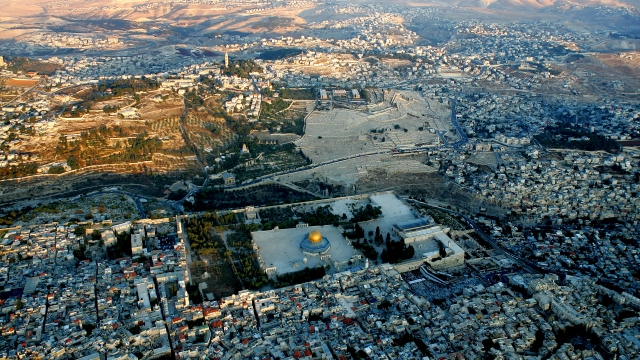 For almost 70 years, the United States hasn't recognized Jerusalem as the capital of Israel. But on Sunday, Donald Trump promised to change that.

In a meeting with Israeli Prime Minister Benjamin Netanyahu, Trump promised to recognize Jerusalem as "the undivided capital of the State of Israel."

"Undivided" is the key word there. Both Israel and Palestine claim Jerusalem. Israel's government is headquartered in the western part of the city, and Palestine sees the eastern part as its future capital.

Recognizing Jerusalem is a regular promise on the campaign trail. Former President George W. Bush made the promise while campaigning, but he changed his mind in office, citing national security concerns.

A former State Department official under Bush told CNN the issue was "too politically provocative for American interests in the Muslim world."

Those interests include multiple American allies in the Middle East. But Trump hasn't been shy about wanting to shake up American foreign policy.

The U.S. doesn't recognize any state as having control over Jerusalem. The city is considered holy by Jews, Christians and Muslims.