Donald Trump Did Support The Iraq War, Despite His (Repeated) Denials 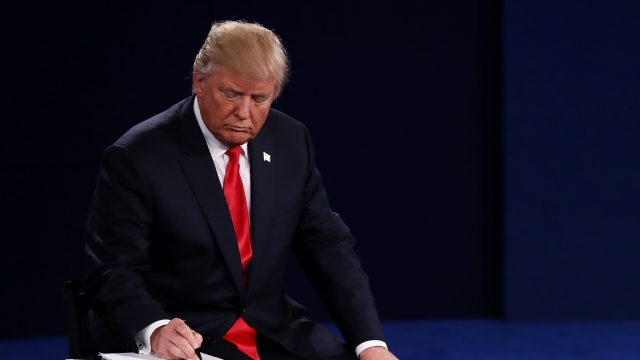 The Republican nominee famously told Howard Stern in 2002 that he supported invading Iraq.

During the second presidential debate, Donald Trump said: "First of all, Capt. Khan is an American hero. And if I were president at the time, he would be alive today. Because unlike her, who voted for the war without knowing what she was doing, I wouldn't have had our people in Iraq. Iraq was a disaster."

Hillary Clinton responded: "This is the 10th or 12th time he's denied being for the war in Iraq. We have it on tape, the entire press corps has looked at it, it's been debunked, but it never stops him from saying whatever he wants to say. So please go to hillaryclinton.com and you can see it."

Trump retorted: "I was against the war in Iraq, has not been debunked. And you voted for it, and you shouldn't have."

He told MSNBC: "I was against the war in Iraq. I said you don't go in; you're going to destabilize the Middle East. I was so strong against Iraq."

When Howard Stern asked him, "Are you for invading Iraq?" he replied: "Yeah, I guess so. You know, I wish the first time it was done correctly."