Donald Trump Calls For Unity On The Eve Of His Inauguration 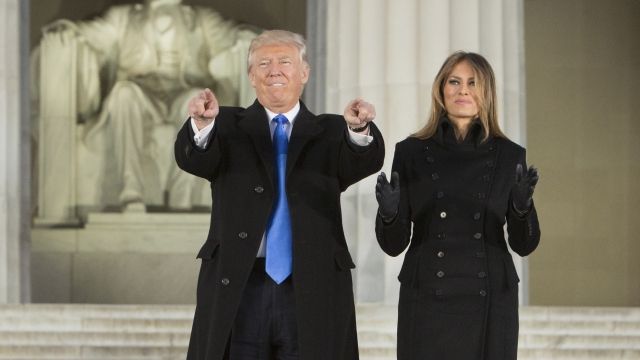 Donald Trump started his presidential inauguration weekend with another pledge of unity and change.

"We're going to make America great for all of our people. Everybody, everybody, throughout our country," Trump said. "There's never been a movement like this, and it's something very, very special. And we're going to unify our country.

Trump made a similar pledge shortly after winning the election. But in some ways, that message doesn't seem to be reflected in the inauguration.

Dozens of Democratic lawmakers have decided to boycott the president-elect's inauguration ceremonies.

Several musicians dropped out of Trump's inaugural concert or refused to play altogether.

And across the country, thousands of people are gathering in the streets to protest his incoming administration.