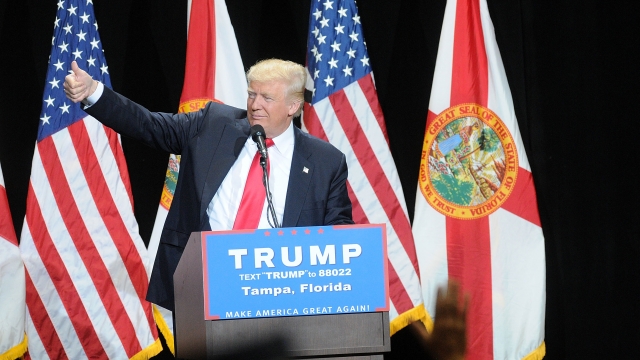 Donald Trump added another twist to his bid for president at a campaign stop in Tampa, Florida, on Saturday. The presumptive Republican nominee asked supporters to help him pick his running mate.

Trump said, "Everybody wants to know who I'm going to choose for vice president. Who do you like?"

Trump raised his hand to his ear as he fielded suggestions from audience members, who shouted back names, including Newt Gingrich and Condoleezza Rice.

Trump looked like he was delighted by the feedback, though it's debatable whether he was actually considering their suggestions or if this was just a stunt to energize the crowd.

"I've never done this before; this is fun," said Trump after taking recommendations for about 30 seconds.

Trump closed the unofficial poll by assuring the audience he already had plenty of qualified candidates in mind.

"We have a lot of good people; you'll be happy," Trump said.

In April, Trump told The Hill he hadn't considered potential running mates yet.

"I don't even think about vice president right now," he said.

This video includes images from Getty Images and clips from CNN and Right Side Broadcasting.