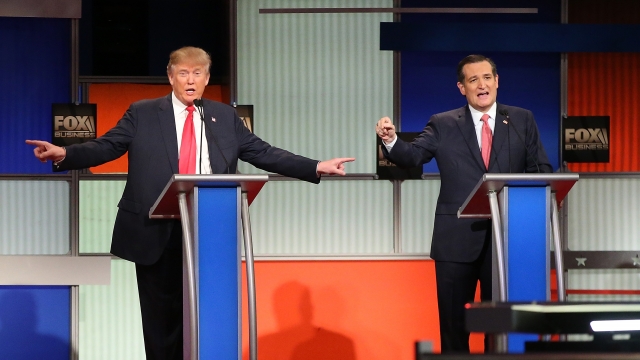 The businessman and Texas senator are in a virtual tie, according to a recent Quinnipiac University poll.

Donald Trump and Ted Cruz are in a virtual tie in Iowa with its caucuses less than a week away.

A Quinnipiac University poll released Tuesday shows the businessman leads the Texas senator by 2 percent — but the survey has a margin of error of almost 4 points. (Videos via Donald J. Trump for President, Inc. and Ted Cruz)

One thing does seem clear: Iowa is a two-man race.

The next closest Republican candidate is Sen. Marco Rubio with 15 percent of the vote; that's still 14 percent behind Cruz. (Video via Marco Rubio for President)

The survey found Trump gets more support than Cruz from those who describe themselves as somewhat conservative to liberal. Cruz bests Trump among self-described evangelicals, tea party members and the "very conservative." (Videos via and CBS / Ted Cruz)