Donald Sterling Loses Big In Court, With No Option To Appeal 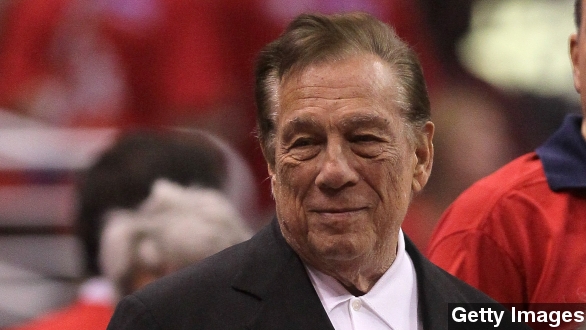 SMS
Donald Sterling Loses Big In Court, With No Option To Appeal

By Zach Toombs
July 28, 2014
The ruling paves the way for a sale of the Los Angeles Clippers — likely to former Microsoft CEO Steve Ballmer for $2 billion.
SHOW TRANSCRIPT

The legal fight between Los Angeles Clippers owner Donald Sterling and his wife Shelly over selling their NBA franchise is over. And it wasn't a long — or particularly close — battle in court. (Via Getty Images)

On Monday, a judge ruled in favor of Shelly Sterling, meaning the family can go ahead and sell the Clippers against Donald Sterling's wishes without the threat of an appeal. (Via Los Angeles Times)

An ESPN reporter in the courtroom Tweeted, "Basically judge believes everything she said but not Donald."

That might have something to do with expert testimony from doctors who evaluated Sterling's mental health and found him incapable of running the Clippers franchise.

Judge Michael Levanas also made the ruling appeal-proof, citing an offer to purchase already on the table that could vanish if the case gets caught in legal limbo. That offer: a $2 billion proposal from former Microsoft CEO Steve Ballmer. Fox Sports 1 explains. (Via The New York Times, Getty Images)

"The judge believes that they will never get the Clippers back to that price ... And because of that, he must have a non-appealable ruling, so that they can sell it now, so that the trust can get the $2 billion."

The most surprising facet of Monday's ruling was just how quickly it was reached. In April, an antitrust expert said the case "could take years." (Via The New Republic)

The ruling essentially pulls Sterling off the board of trustees for his family's trust, which means he won't have a say in any financial move involving the family-owned Clippers.