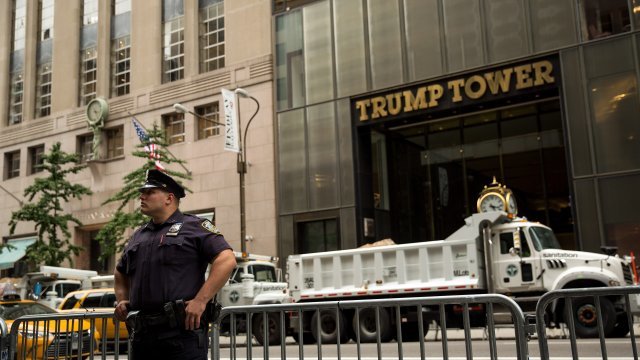 The Donald J. Trump Foundation has agreed to dissolve under judicial supervision, and will disperse its remaining assets to charities picked by the New York Attorney General's Office.

New York Attorney General Barbara Underwood announced the agreement on Tuesday. It's all part of a lawsuit she filed against the Trump Foundation and its directors — Donald Trump and three of his children, Don Jr., Eric and Ivanka — earlier this year.

The lawsuit claims there has been a "pattern of persistent illegal conduct ... that includes extensive unlawful political coordination with the Trump presidential campaign, repeated and willful self-dealing transactions to benefit Mr. Trump's personal and business interests, and violations of basic legal obligations for non-profit foundations."

Underwood said in a statement that the foundation operated "as little more than a checkbook to serve Trump's business and political interests."

Even with this provision, the lawsuit is still ongoing. It also asks for $2.8 million in restitution and penalties, and that Trump and the foundation's board members be barred from serving on the board of other New York charities.

Multiple news outlets have conducted investigations into the Trump Foundation's dealings. The Washington Post once said there have been "apparent lapses at the foundation." Trump has previously defended the foundation, saying it hasn't done anything wrong.

All the stipulation needs now is a signature from a judge.