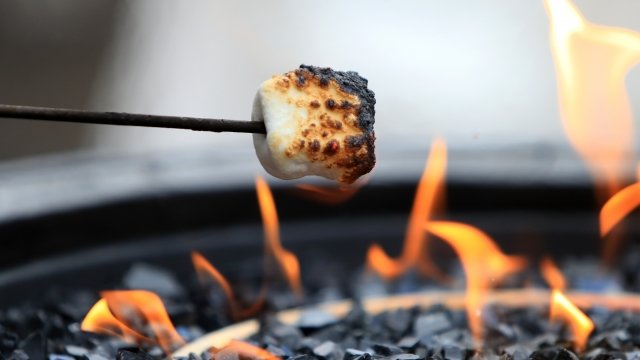 The U.S. Geological Survey has a very important message for anyone near an active volcano: Don't roast marshmallows over its steaming hot vents. Seriously.

The agency was responding to a Twitter user who asked if it's safe to whip up some roasted marshmallows over volcanic vents — if you have a long enough stick, of course.

And the answer to that burning question was no, for a couple of reasons.

First, the USGS said those marshmallows would taste pretty awful if the volcano is emitting a lot of sulfur dioxide or hydrogen sulfide.

And the agency added, if sulfuric acid from the volcano mixes with the sugar in those squishy white treats, "you get a pretty spectacular reaction."

Plus, there's the obvious concern of being dangerously close to a volcano if it happens to erupt.

So if you're near Hawaii's Kilauea volcano and get a hankering for s'mores, don't get any ideas.