Don't Miss The Last Supermoon Of The Year 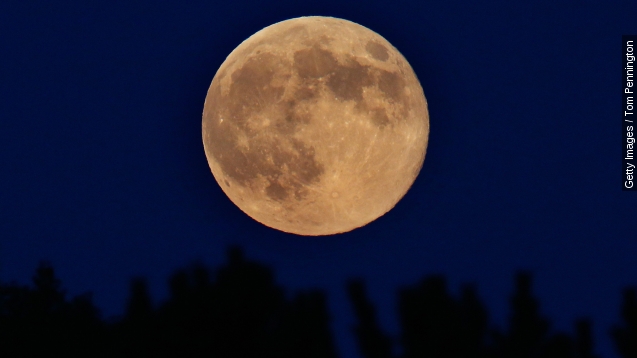 Don't miss Monday night's supermoon. You won't see another one like it until next year.

Don't let this year's last supermoon pass you by –– especially since you'll have to wait nearly a year for the next one.

A supermoon is a new or full moon that's at its closest to Earth.

The sixth this year is the night of Oct. 26 into the morning.

The fifth was an ultra-rare blood moon eclipse.

The moon appeared 14 percent larger than normal and coincided with a lunar eclipse. (Video via NASA)

Each year, we expect four to six supermoons, but only a few coincide with full moons.

2015 started with three supermoons in a row, but they were at the start of the lunar cycle when the moon is dimly lit. Not as exciting. (Video via NASA)

If you miss this week's show, you won't be able to see another full moon supermoon until next October.