Don't Freak Out Over This Newly Discovered Rabies Strain 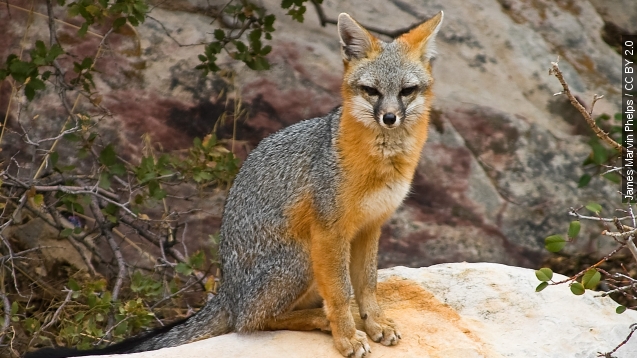 It kind of sounds like the start of a zombie apocalypse.

"Infected? Infected with what?"

But thankfully, this story is less about zombies and more about ...

Foxes. Specifically, one fox that attacked a 78-year-old woman in late April.

Said gray fox had rabies, according to the New Mexico Department of Game & Fish. The elderly woman was walking near her home when the fox bit her.

"A rabies epidemic occurred among gray foxes in New Mexico from 2007 to 2010 and further testing of the fox is underway to determine if that strain of the disease is involved," the press release said.

That testing has now been done, and this is where the zombies come in ... because the strain of rabies the gray fox had was brand new.

Sure. It could be an exciting find for the scientific community, but we're over here like ... (Video via Dimension Films / "Scream")

Rabies needs to be treated immediately. Once symptoms of the rabies disease are seen, it's usually always deadly.

The World Health Organization says in the Americas, bats cause the most rabies deaths. It also says human deaths following exposure to foxes is "very rare."

Which we're sure the woman who was bit is thankful for. She received rabies vaccines and didn't develop the fatal disease, KRWG reports.

The state's Department of Health says the strain is related to others found in bats. So, it's not some big unexplainable strain we should all fear.

The Centers for Disease Control and Prevention says in the U.S., human fatalities usually only occur in people who don't get medical attention after being infected.