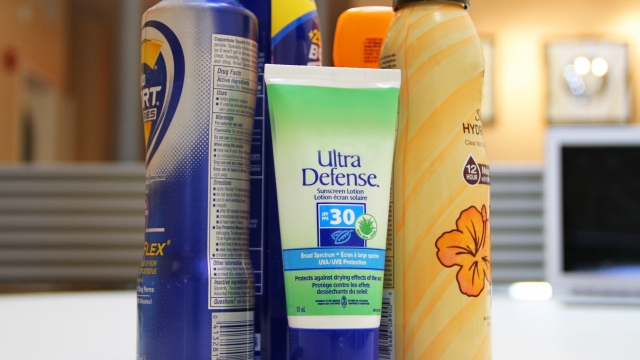 When going to the beach, wearing sunblock is definitely a necessity.

Even more so now that researchers at Ohio State University discovered wearing SPF 30 sunscreen can reduce a person's risk of developing melanoma.

Most sunscreens are classified as cosmetic products, so regulators don't require much testing beyond determining the sunscreen is safe to use.

"When sunscreens are manufactured, they're tested essentially for their ability to prevent burning," researcher Christin Burd said.

So lead researcher Christin Burd tested several brands of SPF 30 sunblock on mice that were genetically engineered to have skin similar to humans. The mice were then exposed to UVB light.

"The goal wasn't necessarily to test brands head-to-head as much as it was to look at the components," Burd said.

Her team found that all the brands tested delayed the development melanoma, which is one of the most deadly forms of skin cancer.

The American Cancer Society predicts more than 76,000 Americans will be diagnosed with melanoma just in 2016 alone.

"We need to really tackle this incidence rate, and the way to do that is prevention," Burd said.

Now, these findings could be a bit skewed because the UVB light used in this study equals the amount of sunlight a person would be exposed to during an entire week in the sun, so Burd wants to next test a much lower UVB dose on the mice.