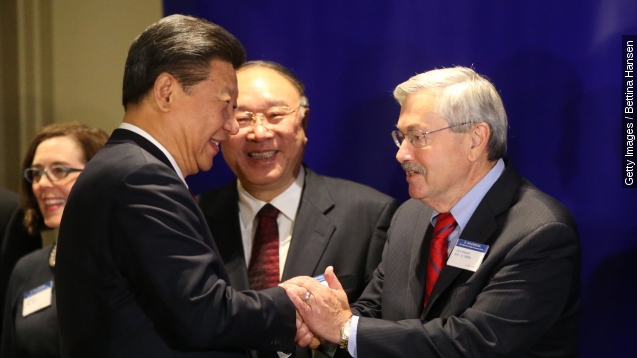 In his first official visit to the U.S., Chinese president Xi Jinping sought to reassure the country's technology industry that China is taking cybersecurity seriously.

"The Chinese government will not — in whatever form — engage in commercial theft or encourage or support such attempts by anyone," Xi said.

It sounds promising, but Obama administration officials who talked to The New York Times suggested this is just the first step in what will be a "very robust discussion" on cybersecurity. (Video via CNBC)

Officials expect the U.S. and China will pursue a "no first use" policy, meaning they won't be the first one to target the other's critical infrastructure with cyberweapons — at least, not during peacetime. (Video via BBC)

And for the purposes of these discussions, the infrastructure isn't expected to include industrial data or personal information. It's not clear that an agreement would prevent breaches like the one that hit the Office of Personnel Management earlier this year. (Video via C-SPAN)

Part of that is because James Clapper, the director of national intelligence, recently testified that while the U.S. blames China for the OPM breach, it wasn't technically an "attack." When data is stolen instead of destroyed or altered, it's "intelligence collection activity" — which the U.S. does, too.

Either way, any progress on the cybersecurity front is expected to take more time and discussion. President Xi's next stop is with technology leaders at a summit co-hosted by Microsoft and the Chinese government. (Video via CCTV)