Don't Count On Medicare, Social Security To Pay Your Bills After 2035 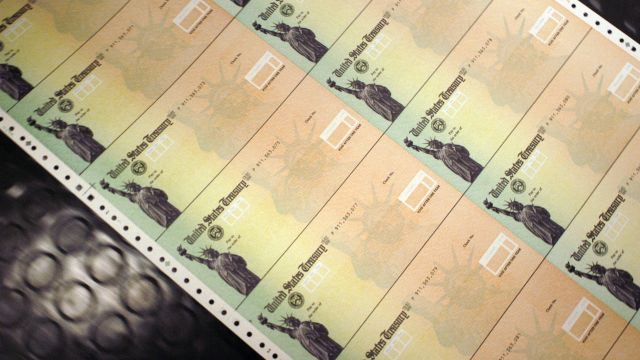 A new report says Social Security can only make its full payments until 2035 if Congress doesn't act.

Social Security and Medicare take up about 41 percent of the federal budget, and yet the programs are still facing money troubles.

In a new report, the various trust funds financing the two programs continue to forecast long-term budget problems due to an aging population. The trust funds can help cover Social Security's deficits until around 2035; after that, the program will only have enough money to pay out about 75 percent of the benefits it's supposed to cover.

The report's outlook for Medicare worsened slightly this year. The trust fund covering Medicare Part A, which pays for most hospital expenses, can only finance the program through 2028, running dry two years earlier than expected. After that, beneficiaries will only get 87 percent of their payouts.

Lawmakers recently took some action to shore up these entitlement programs. The 2015 budget shifted some of the program's money to a trust fund for disability insurance, which added seven years to the fund's projected lifespan. But the report emphasized making both programs sustainable will require more than short-term tweaks.

So far, health care spending hasn't been a major talking point of this election. Presumed Democratic nominee Hillary Clinton proposed modest spending increases to the programs, while her Republican counterpart, Donald Trump, has promised to not cut Social Security spending.

Treasury Secretary Jack Lew did point out that both programs have benefited from slower increases in health care costs, something Lew attributed to President Obama's signature health care law. Obamacare also includes provisions to automatically cap Medicare spending at certain benchmarks, which the program is projected to hit in 2019.