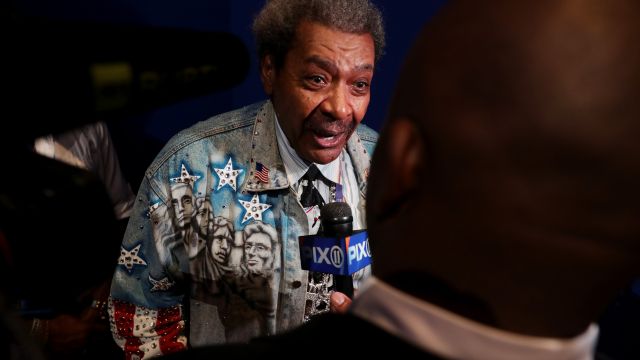 Donald Trump's latest stab at black outreach is off to a really awkward start.

"If you are intelligent, intellectual, you are an intellectual Negro. If you are a dancing and sliding and gliding n----r — er, Negro," Don King said during a Trump event.

King's actual point there — that black Americans will always be defined by their blackness — was part of his argument that Trump's policies can't make things any worse for the African-American community than they are now.

That's something very much in line with Trump's current pitch to black voters.

Trump said: "Our African-American communities are absolutely in the worst shape they've ever been. Ever, ever, ever."

Trump is still polling in the single digits with black voters.