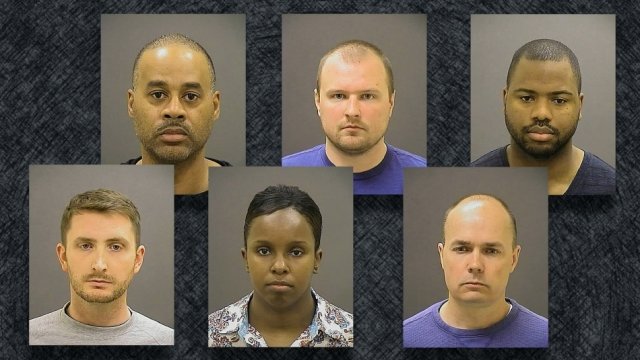 SMS
Justice Department Won't Charge Officers In Freddie Gray's Death
By Jake Jones
By Jake Jones
September 12, 2017
The six officers faced state-level charges in the case; three were acquitted, and charges against the other three were dropped.
SHOW TRANSCRIPT

The Department of Justice announced it will not file charges against the six Baltimore police officers involved in the death of Freddie Gray.

Gray died back in 2015 due to a broken neck after he was placed in a police wagon with his hands and feet bound. Gray rode to central booking in the back of the wagon without a seatbelt.

The officers involved faced state-level charges; three were acquitted, and the charges against the other three were dropped.

In April of this year, Attorney General Jeff Sessions asked for a delay to an overhaul of the Baltimore Police Department prompted by Gray's death. Before that, Sessions reversed an Obama-era policy on investigating civil rights violations, excessive force and racial discrimination. 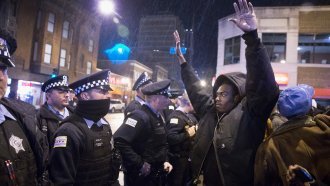 The DOJ's statement points out that in order to charge the officers, it would have to prove they acted intentionally and willingly. It reads: "It is not enough to show that the officer made a mistake, acted negligently, acted by accident, or even exercised bad judgement."

Five of the six officers still face internal disciplinary hearings; those are set to start in late October.