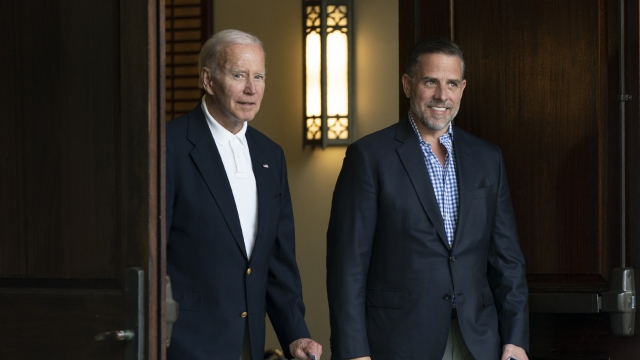 Federal agents believe they have “sufficient evidence” to charge U.S. President Joe Biden's son Hunter Biden with tax crimes and false statements, according to a report by the Washington Post.

Investigators have looked into whether Hunter Biden had reported all his income, and whether he lied on paperwork linked to the purchase of a firearm.

The U.S. attorney in Delaware, nominated by former President Donald Trump, will decide whether or not to file charges, the report also stated.

The Justice Department is trying to determine whether foreign lobbying laws were broken by Hunter Biden not registering under FARA.

The investigation into Hunter Biden started in 2018, and first focused on examining multiple financial issues and business dealings overseas.

In April of this year, the Justice Department was reportedly trying to determine whether foreign lobbying laws were broken by not registering under FARA, which is the law requiring U.S. citizens to disclose any work on behalf of foreign governments.

During the 2020 presidential campaign, President Biden stated there was nothing unethical about his son's business dealings.

Officials with the Justice Department have not released a statement or comments on the situation.

Newsy has not independently confirmed The Washington Post's report.