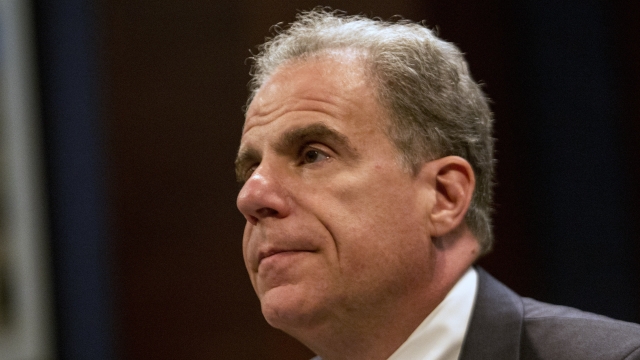 SMS
DOJ Watchdog Report Finds Russia Probe Was Legally Justified
By Ahmed Jawadi
By Ahmed Jawadi
December 9, 2019
Although the OIG report found some issues with the FBI's investigation, it ultimately said the agency was justified in launching its probe.
SHOW TRANSCRIPT

A long-awaited report by the Justice Department's internal watchdog has found no evidence of partisan bias in the FBI's investigation into Russian interference in the 2016 presidential election.

According to Inspector General Michael Horowitz' report, released Monday, the FBI had an "authorized purpose" to open its investigation into potential ties between the Trump campaign and Russia. It also says Horowitz' team "did not find documentary or testimonial evidence that political bias or improper motivation influenced the FBI's decision to conduct these operations."

But the report also found several "serious performance failures" with regard to the FBI's Foreign Intelligence Surveillance Act applications to monitor former Trump campaign adviser Carter Page. Investigators found "at least 17 significant errors or omissions" in the Page applications, which they argue "made it appear that the information supporting probable cause was stronger than was actually the case." As a result, the inspector general's office launched a new audit into the FISA applications process in an effort to "[avoid] similar failures in future investigations."

Attorney General William Barr thanked Horowitz and his team for their efforts, saying in a statement the report "now makes clear that the FBI launched an intrusive investigation of a U.S. presidential campaign on the thinnest of suspicions that, in my view, were insufficient to justify the steps taken." He added that "the Department will follow all appropriate processes and procedures, including as to any potential disciplinary action."

President Donald Trump responded to the reports findings, characterizing the Russian investigation as an "[attempted] overthrow of government."

"The IG report just came out and I was just briefed on it and it's a disgrace what's happened with respect to the things that were done to our country," Trump said. "It is incredible, far worse than I would've ever thought possible and it's an embarrassment to our country."

Horowitz is scheduled to publicly discuss his findings before the Senate Judiciary Committee on Wednesday.