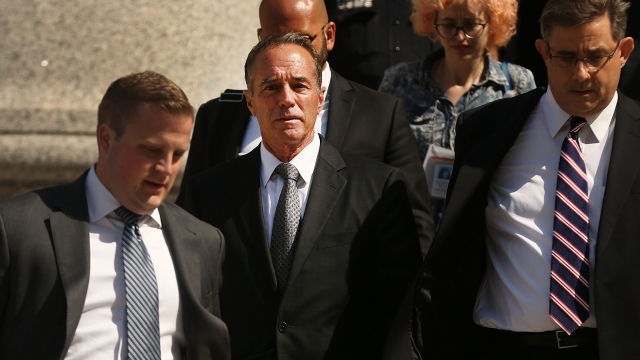 On Monday, the Department of Justice suggested that former U.S. Rep. Chris Collins receive a sentence of 57 months in prison for his part in an insider trading case.

Last year, Collins pleaded guilty to one count of conspiring to commit securities fraud and one count of making false statements. The case centered on Collins sharing information about a failed clinical drug trial by biotech company Innate Immunotherapeutics, which Collins sat on the board of.

After the trial failed, court documents say Collins disclosed material nonpublic information about the trial to his son so his family could avoid financial losses. An indictment says they may have dodged a loss of roughly $700,000, since the company's stock dropped by 92%.

"I believe I acted properly and within the law at all times with regard to my affiliation with Innate. Throughout my tenure in Congress, I have followed all rules and all ethical guidelines when it comes to my personal investments, including those with Innate."

Prosecutors found Collins lied several times about who he shared the information with and repeatedly lied during FBI questioning. The DOJ says its recommendation is based on several things, including the "cynicism of Collins' conduct."

It said: "It is critically important that the sentence imposed on Congressman Collins drive home the message that status does not constitute a basis for leniency. Collins' decision to break the law while making the law — a decision he made twice, ten months apart — was brazen."

Collins, who was the first sitting congressman to support President Trump's presidential campaign, resigned in September. His sentencing hearing is set for Friday.