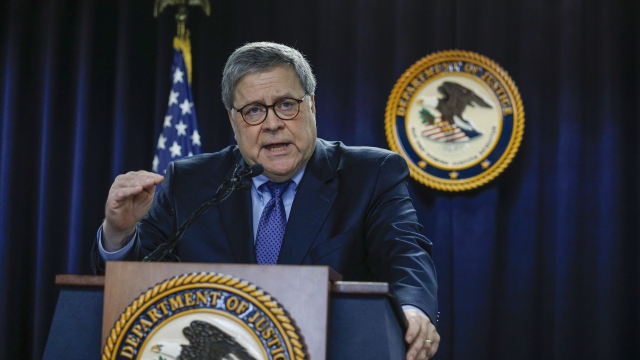 "We're considering a number of additional things," Barr said. "[FBI Director] Chris Wray and I have discussed a number of possibilities. One of the things that we have agreed on is that the opening of a counterintelligence investigation of a presidential campaign would be something that the director of the FBI would have to sign off on and the attorney general would have to sign off on."

A month ago, the Justice Department's internal watchdog revealed it had found several "serious performance failures" in the FBI's investigation into Russian interference in the 2016 presidential election — particularly in Foreign Intelligence Surveillance Act applications to monitor former Trump campaign adviser Carter Page. According to Reuters, before this announcement, surveillance applications sent to the FISA Court did not "routinely" require the approval of any senior DOJ officials.

FBI Director Christopher Wray wrote in a court filing last week the FBI will tighten its FISA application procedures going forward. He said the agency "is committed to working with the Court and DOJ to ensure the accuracy and completeness of the FISA process."