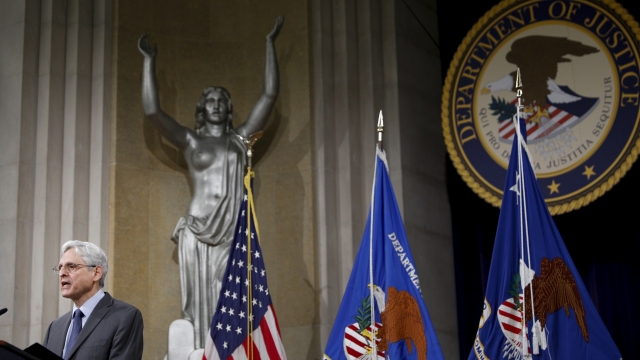 SMS
DOJ To Tighten Rules On Seizing Data From Congress
By Simon Kaufman
By Simon Kaufman
June 15, 2021
The change follows revelations the agency obtained records from Democrats and the media under the Trump administration.
SHOW TRANSCRIPT

The Justice Department is tightening its rules around obtaining records from members of Congress. Attorney General Merrick Garland made the announcement yesterday.

New reporting revealed the DOJ seized records from Democrats and members of the media under the Trump administration.

In a statement, Garland said the agency must protect the separation of powers going forward.

Also impacting the agency — its top national security official will resign. John Demers is a Trump appointee. He'll leave his post by the end of the week.

According to reports, his departure was planned and is not related to the recent news. We don't know if he knew about the subpoenas to seize lawmaker records.