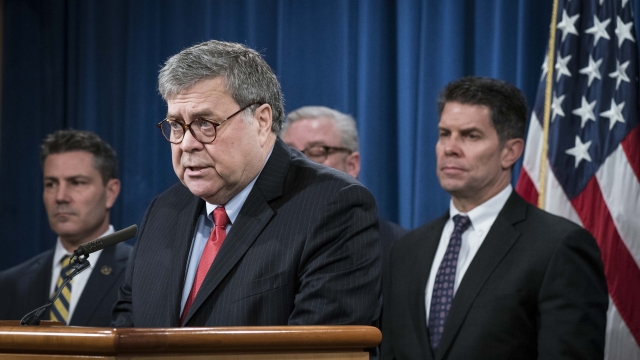 Attorney General William Barr says the Department of Justice will look over information about Joe and Hunter Biden that Rudy Giuliani collected in Ukraine — though Barr says it should be reviewed with skepticism.

Barr's announcement confirms what Sen. Lindsey Graham told CBS' "Face the Nation" on Sunday: That the information needs to be handed over to the DOJ "because it could be Russian propaganda."

The night before Graham's appearance, Giuliani told Fox News he had found a "smoking gun" in his investigation into Joe Biden's son's business dealings in Ukraine.

Giuliani is currently under investigation by federal prosecutors for his business dealings, as well as whether he failed to register as a foreign agent.