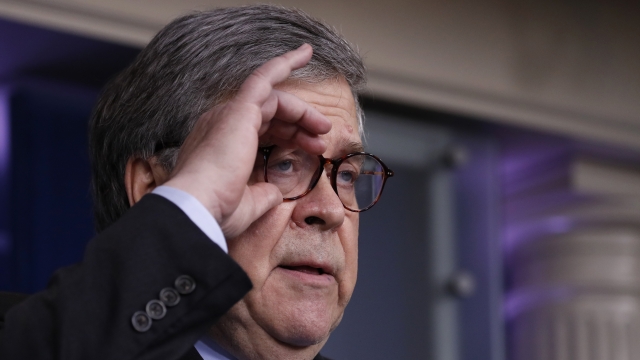 Attorney General William Barr is asking federal prosecutors to look out for COVID-19 restrictions "that could be violating the constitutional rights and civil liberties of individual citizens."

According to the Associated Press, prosecutors received a memo on Monday which said, "If a state or local ordinance crosses the line from an appropriate exercise of authority to stop the spread of COVID-19 into an overbearing infringement of constitutional and statutory protections, the Department of Justice may have an obligation to address that overreach in federal court."

Less than a week earlier, Barr said the department may support some state-level lawsuits over coronavirus-related restrictions if it feels the plaintiff is justified. He told a radio host he believes some state and local orders are "disturbingly close to house arrest" and that the country faces "unprecedented burdens on civil liberties."

The DOJ has already backed up one lawsuit filed against the state of Mississippi by a church that says it wasn't allowed to hold drive-in services.

According to the AP, the head of the DOJ's civil rights division and the U.S. attorney for the Eastern District of Michigan have been told to coordinate the oversight of these restrictions and step in if necessary.

Additional reporting by Michael Balsamo of the Associated Press.