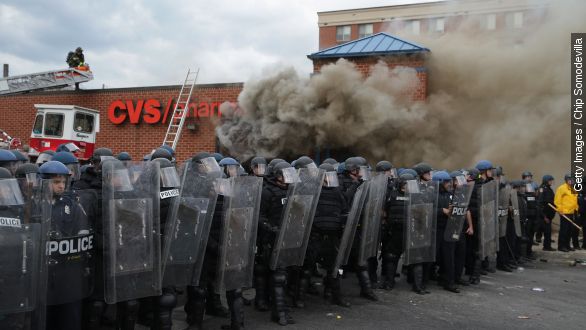 "We felt that the best thing to do was to conduct an investigation to see if violations rose to the level of civil rights violations," U.S. Attorney General Loretta Lynch said.

The Justice Department has launched a federal investigation to determine whether the Baltimore Police Department engaged in "a pattern or practice" of excessive force. Loretta Lynch was in Baltimore this week — her first official trip as attorney general. (Video via WMAR)

There she met with Baltimore Mayor Stephanie Rawlings-Blake who, along with Maryland's congressional delegation, had called for a federal investigation.

"It's clear that more needs to be done. I am committed to working with the Department of Justice," Rawlings-Blake said.

This after the city's chief prosecutor Marilyn Mosby announced charges against the six officers who were there when Freddie Gray died. She said they ignored his requests for medical attention while in police custody.

The Baltimore PD commissioner said in a statement he welcomes a Justice Department investigation with open arms.

“As a police department, not just here in Baltimore, but law enforcement as a whole, that we have been part of the problem,” Baltimore Police Commissioner Anthony Batts told CNN.

Lynch told reporters the results of the investigation could prompt a court-enforced solution to address potential problems.

In response to the announcement, Rawlings-Blake said in a statement, “Our city is making progress in repairing the fractured relationship between police and community, but bolder reforms are needed and we will not shy away from taking on these challenges.”