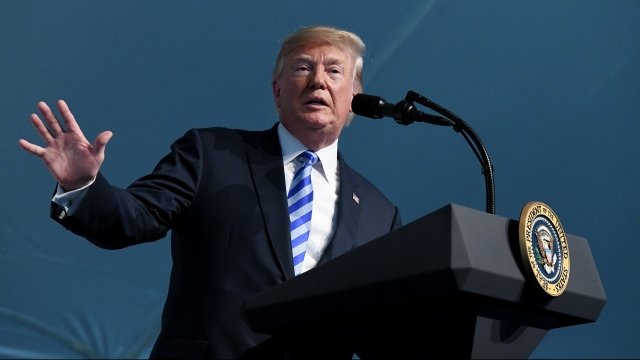 The Washington Times reported that on Monday evening, Justice Department officials filed a notice of the appeal on behalf of Trump and Dan Scavino, the White House social media director.

Back in May, U.S. District Judge Naomi Reice Buchwald ruled that Trump's personal Twitter account is a "designated public forum" and that blocking users for their political views violated their First Amendment right to free speech.

The Justice Department's argued that Trump's personal Twitter account is a private one. But the president has used this account in the past to make policy statements, like when he announced he was nominating Christopher Wray to head the FBI last year.

A Justice Department spokeswoman confirmed to Reuters that the seven plaintiffs who sued Trump for blocking them have now been unblocked.