DOJ To Take 'Action' On Government Restrictions For Religious Services 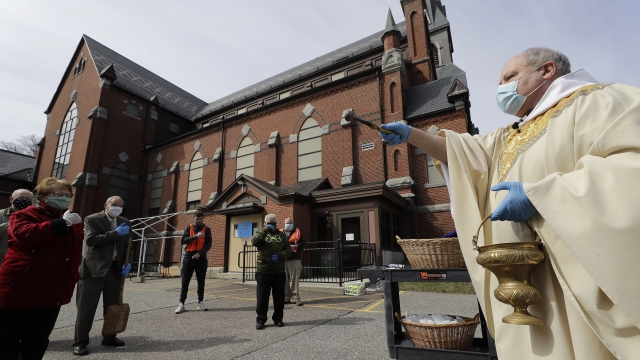 The Justice Department is reviewing local governments' regulation of religious services aimed at slowing the spread of the coronavirus.

On Twitter Saturday, Justice Department spokeswoman Kerri Kupec wrote, "During this sacred week for many Americans, AG Barr is monitoring govt regulation of religious services. While social distancing policies are appropriate during this emergency, they must be applied evenhandedly & not single out religious orgs. Expect action from DOJ next week!"

This announcement comes as some states, courts and religious institutes clash over "stay-at-home" measures and exceptions for religious gatherings. Kupec's tweet did not outline what those actions could possibly entail.

CNN reports that officials with the Justice Department note that Attorney General William Barr is reviewing cases in which religious institutions may have been singled out in COVID-19-related public gathering restrictions.

Barr has been vocal in speaking out against social distancing restrictions aimed at mitigating the spread of the virus. Meanwhile, health experts continue to advise Americans to abide by these measures, citing progress with controlling the illness in some cities.