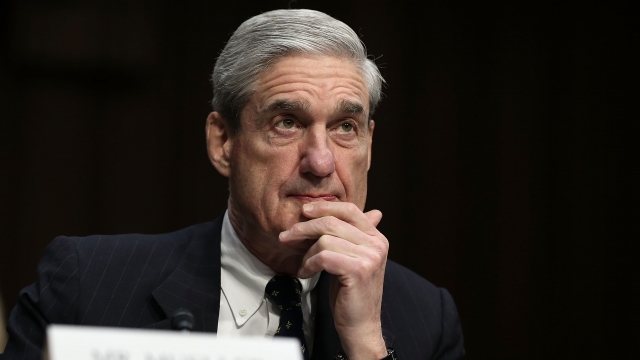 Ahead of his congressional testimony Wednesday, the Justice Department told Robert Mueller he should limit his testimony regarding the Russia investigation to what's in the public report.

Associate Deputy Attorney General Bradley Weinsheimer sent a letter to Mueller Monday, reminding the former special counsel that his testimony "must remain within the boundaries of [his] public report because matters within the scope of [his] investigation were covered by executive privilege, including information protected by law enforcement, deliberative process, attorney work product, and presidential communications privileges."

The Justice Department's letter isn't unexpected. Mueller had asked the department for "guidance concerning privilege and other legal bars" applicable to his testimony.

"There has been discussion about an appearance before Congress. Any testimony from this office would not go beyond our report. It contains our findings and analysis and the reasons for the decisions we made. We chose those words carefully and the work speaks for itself," Mueller said in a statement on May 29.

Mueller finished his report on Russian meddling in the 2016 presidential election in March, and the Justice Department released a redacted version to the public in April.

The former special counsel's testimony Wednesday will be the first time he'll publicly answer questions about his nearly 2-year-long Russia investigation. Mueller will testify before the House Judiciary Committee Wednesday morning, then the House Intelligence Committee in the afternoon.