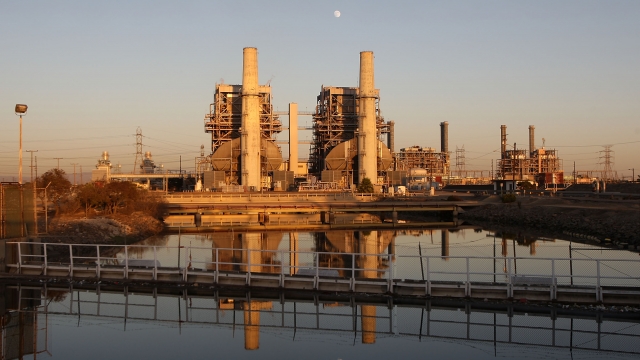 The Trump administration is suing California over a program that limits carbon emissions, arguing it's unconstitutional because California's working with Quebec, Canada.

The Department of Justice has taken aim at California's cap-and-trade program, which caps greenhouse gas emissions at a certain level. Businesses can buy and trade permits to emit those gases within the allowed limit. Over time the cap is lowered, so businesses are either forced to become more efficient or shell out more money.

In its lawsuit announcement, the DOJ says the state "veered outside of its proper constitutional lane" when it entered into an international emissions agreement with Quebec in 2013. It says that power is reserved for the federal government, and Congress never approved the deal.

The DOJ said the international agreement "undermines the President's ability to negotiate competitive agreements with other nations, as the President sees fit."

California Gov. Gavin Newsom said the lawsuit is part of the White House's "political vendetta against California." Newsom said California's program "has inspired the creation of dozens of businesses, is a model for similar policies around the world, and puts California well ahead of the pack as we prepare for a low-carbon future."