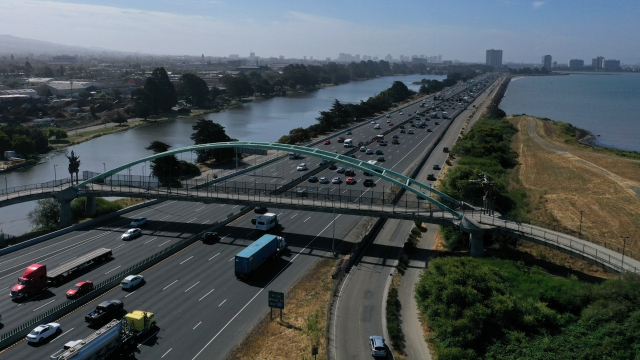 SMS
DOJ Issues Subpoenas To Automakers In California Emissions Probe
By Ahmed Jawadi
By Ahmed Jawadi
November 8, 2019
The Wall Street Journal reports the subpoenas are related to the DOJ's antitrust investigation into a deal between California and four automakers.
SHOW TRANSCRIPT

The DOJ has issued civil subpoenas to four automakers that agreed to an emissions deal with California earlier this year.

People familiar with the matter told The Wall Street Journal the subpoenas are related to the DOJ's investigation into whether BMW, Ford, Honda and Volkswagen engaged in anticompetitive behavior when they agreed to produce vehicles that follow California's fuel economy standards instead of the standards proposed by the Trump administration. One of the sources said the subpoenas don't make any demands for the automakers to turn over documents, but instead ask if they had engaged in collusive behavior prior to the agreement.

News first broke of the DOJ's investigation back in September. The department said the deal had raised antitrust concerns, adding that the competing companies "cannot cooperate among themselves" regardless of their goal. The Trump administration announced shortly after it was revoking California's longstanding authority to set its own emissions standards, which are tougher than federal standards. California and multiple other states responded by filing a lawsuit to block the move. Last month, a coalition of automakers said they'll back the Trump administration in the suit, arguing that federal regulators should be the only ones to set fuel economy standards.