DOJ Says Witnesses Can Testify If A Government Lawyer Is Present 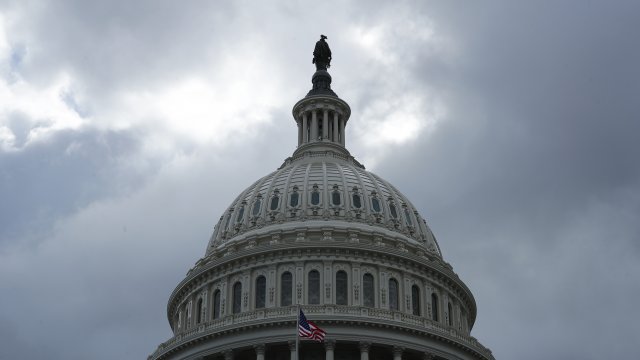 The Trump administration opened the door for more witnesses to testify as part of the House's impeachment investigation — but only if a government lawyer is present.

A growing number of officials have been defying subpoenas to sit for a closed-door deposition. Some of them have cited White House instructions saying they have "absolute immunity" from participating.

In a legal opinion dated Nov. 1, the Department of Justice said those congressional subpoenas are "legally invalid" if witnesses are not allowed to have a government attorney present.

It said: "The depositions seek testimony from executive branch employees concerning matters potentially protected by executive privilege. Consistent with our prior advice, we conclude that the congressional committees ... may not validly require executive branch witnesses to appear without the assistance of agency counsel."

The DOJ's new legal opinion hasn't been tested in court. But the Trump administration's claims of absolute immunity for current and former staffers is already awaiting a court decision, thanks to two separate lawsuits.