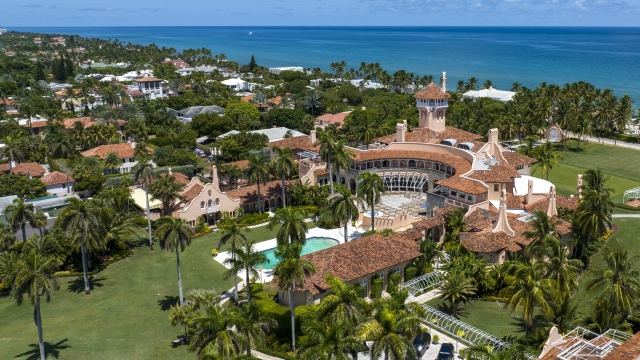 SMS
Justice Department Suggests Trump Delayed Efforts To Recover Documents
By Nathaniel Reed
By Nathaniel Reed
August 31, 2022
A federal judge in Florida is set to rule on former President Donald Trump’s request for a special master to review the materials the FBI seized.

In a legal filing submitted late Tuesday, the Justice Department outlined the steps it took to try to retrieve classified material from former President Trump's Florida estate months before seeking a search warrant.

The filing said there was evidence Donald Trump's representatives misled the Department of Justice, falsely claiming all the sensitive material had already been returned.

Furthermore, the DOJ alleged Trump's team moved documents "and that efforts were likely taken to obstruct the government's investigation."

"I think the real takeaway here is the Justice Department has put into the public record for the first time a compelling story about how Trump's lawyers were obstructing the government's investigation into these documents," said Tom Dupree, former deputy assistant attorney general.

Back in May, the department obtained a subpoena to retrieve all classified materials.

The filing says in June Trump's lawyers prevented government personnel from opening or looking inside boxes that remained in a storage room.

It included a photo of documents seized during the August 8 search with classified materials clearly labeled. 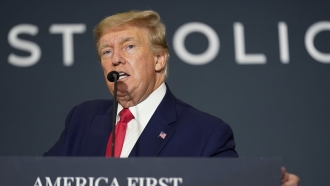 The documents were so sensitive, the filing said that, "in some instances, even the FBI counterintelligence personnel and DOJ attorneys conducting the review required additional clearances before they were permitted to review certain documents."

Trump insisted he declassified all the records.

But the filing said when the documents were produced, no one claimed executive privilege or that the president declassified them.

"The documents are clearly identified, they're sensitive, and the release of them would compromise national security. So you can't declassify them," said Mudd.

While the documents are not expected to be declassified anytime soon, the intelligence community is continuing its review to determine if there could be any "potential risks to national security that may have resulted from the improper storage of the seized materials."