How Should Police Handle Children When Detaining Their Parents? 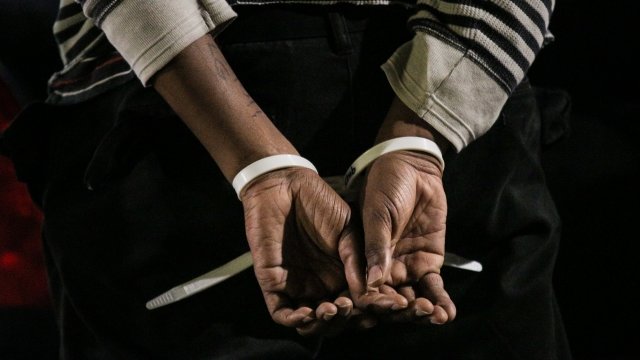 SMS
How Should Police Handle Children When Detaining Their Parents?
By Christian Bryant
By Christian Bryant
June 29, 2017
A Justice Department report says police should ensure children don't experience trauma when their parents are detained or arrested.
SHOW TRANSCRIPT

Less than a week after a jury acquitted a Minnesota police officer in the shooting death of Philando Castile, Ramsey County, Minnesota, officials released a video of Castile's girlfriend and her daughter.

"Mom, please stop cussing and screaming because I don't want you to get shooted," Diamond Reynolds' 4-year-old daughter said.

In the back of a squad car, the 4-year-old pleads with her mother to stay calm so she won't be shot — like Castile, Reynolds' boyfriend. 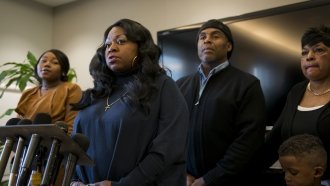 The video raises an important question: How should police deal with children when a parent or guardian is detained or arrested?

In 2014, the Department of Justice funded an initiative by the International Association of Chiefs of Police to develop a model policy for law enforcement dealing with similar situations.

The report says law enforcement should work to minimize the trauma children could experience. They can do that by detaining the parent or guardian away from the child, explaining what's happening and telling the child he or she isn't at fault and will be safe.

Unfortunately, the report's guidelines aren't nationally enforced, and they don't offer guidance for when a parent or guardian is shot or killed in front of their children — as was the case with Charleena Lyles and Korryn Gaines.

Baltimore County police officers shot and killed Gaines during a six-hour standoff with police. Law enforcement initially arrived at Gaines' home to serve a warrant for her arrest. When they entered the home, Gaines was holding a shotgun while sitting on the floor next to her 5-year-old son.

Police say during the standoff, Gaines raised her shotgun at officers. That's when the officers shot and killed Gaines. Her son was also hit by a round during the shooting.

In minimizing trauma, law enforcement can prevent a number of potential issues, like post traumatic stress disorder or a lack of trust in authority figures, to name a couple. 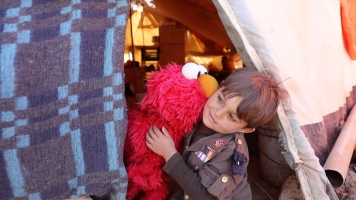 The Muppets Could Help Kids Get Schooling After Conflict

"Six out of 10 children experience some form of witnessing or exposure or are direct witnesses of violence in this country. ... Unrecognized, untreated trauma in children constitutes not only one of the gravest   said Dr. Steven Marans, a psychoanalyst at Yale University's Child Study Center.

Marans worked with the Department of Justice to develop a toolkit to help law enforcement officers better respond to children who've been exposed to violence.

We don't know exactly how officers interacted with Reynolds' daughter after the shooting and in the moments before she was placed in the backseat with her mother. But the International Association of Chiefs of Police stresses that even after the situation is over, officers should follow up to "ensure the continued safety and well-being of the child."