DOJ Says Banning Netflix From The Oscars Could Break The Law 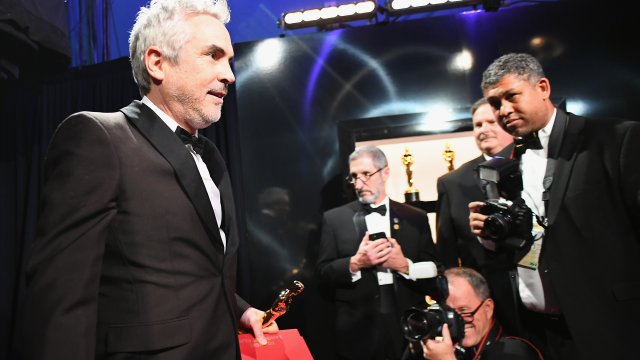 SMS
DOJ Says Banning Netflix From The Oscars Could Break The Law
By Alec Larson
By Alec Larson
April 3, 2019
In a letter to the Academy of Motion Picture Arts and Sciences, the DOJ warned of the potential for new rules to violate antitrust law.
SHOW TRANSCRIPT

The Netflix original film "Roma" might have won big at the Oscars this year, but it didn't go over so well with some members of the Academy who think movies on streaming services should submit for Emmy Awards rather than Oscars. But Netflix may end up carrying on.

On Tuesday, the Justice Department warned the Academy of Motion Picture Arts and Sciences against changing its eligibility rules to prevent streaming services like Netflix from qualifying for the Oscars. The DOJ said the Academy could be violating anti-trust laws, according to Variety.

The head of the DOJ'S Antitrust division wrote a letter to the Academy's CEO concerned that new rules could possibly be written "in a way that tends to suppress competition."

The letter comes in response to Academy board member Spielberg's push to restrict eligibility for films from streaming services that are not simultaneously released in theaters.

A spokesperson for the Academy said that the letter will be taken under consideration when the Board of Governors meets on April 23 for its annual awards rules meeting.