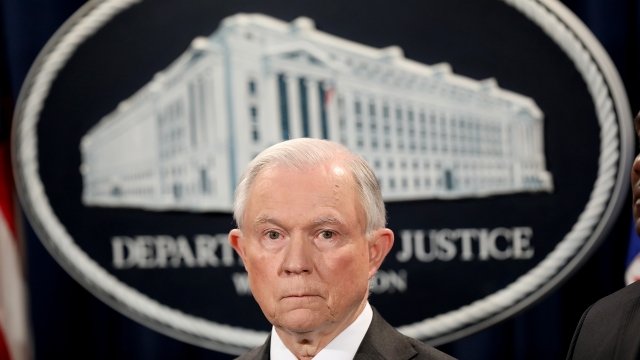 By Briana Koeneman
August 3, 2017
Local jurisdictions can be selected for the new program only if they "show a commitment to reducing crime stemming from illegal immigration."
SHOW TRANSCRIPT

The Justice Department has made another move to crack down on so-called sanctuary cities.

In a memo released Thursday, Attorney General Jeff Sessions said local jurisdictions can be selected for the DOJ's National Public Safety Partnership program only if they "show a commitment to reducing crime stemming from illegal immigration."

The new program was created in June to give local authorities resources to fight violent crime in their communities.

And the DOJ reiterated that all four must work with federal immigration authorities to be eligible for funding through the partnership. 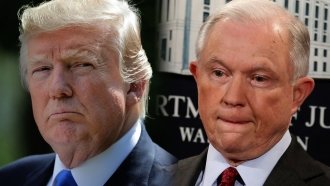 Trump On Sessions' Future As Attorney General: 'Time Will Tell'

This latest move comes just a few days after Sessions announced a federal grant program will now only apply to cities and states that "comply with federal law, allow federal immigration access to detention facilities, and provide 48 hours notice before they release an illegal alien wanted by federal authorities."

If it seems like those requirements are pretty specific, it's because they are. The Supreme Court ruled that conditions for receiving federal grants be spelled out clearly and from the outset so interested parties know what they're agreeing to.