Justice Department Announces Over 200 MS-13 Arrests In US 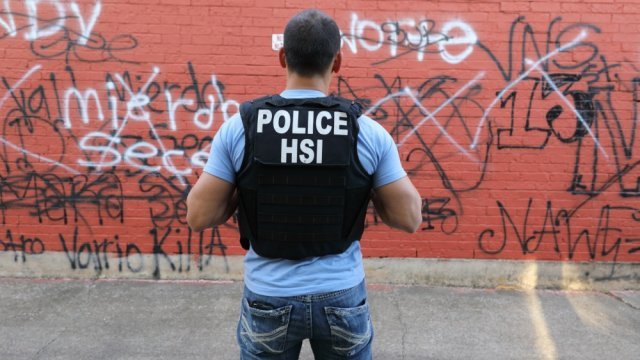 SMS
Justice Department Announces Over 200 MS-13 Arrests In US
By Matt Picht
By Matt Picht
November 16, 2017
Over 200 suspected members of the MS-13 gang were arrested from Oct. 8 to Nov. 11 this year.
SHOW TRANSCRIPT

The Department of Justice says it made over 200 arrests in the U.S. during a crackdown on the MS-13 gang.

The DOJ says its "Operation Raging Bull" made 214 MS-13 arrests across the country from Oct. 8 to Nov. 11. A previously announced part of the operation led to 53 MS-13 arrests in El Salvador.

Curbing MS-13 has been a big item on President Donald Trump's domestic agenda. 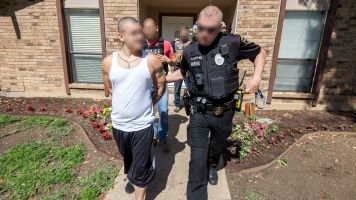 "We've gotten a lot of them out of here, big, big percentage, but the rest are coming. They'll be out of here quickly, right?" Trump said.

Sessions said in a statement that the operation's arrests "are the next step toward making this country safer by taking MS-13 off of our streets for good."