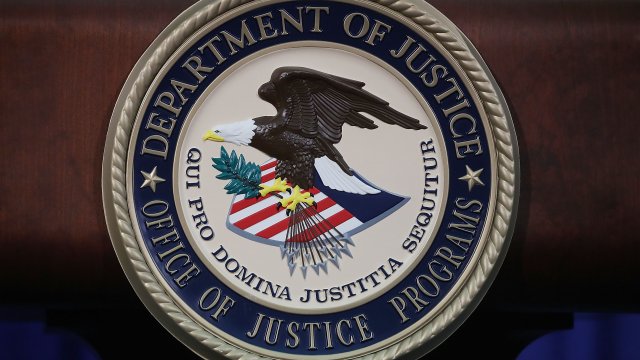 SMS
DOJ Review Into Russia Investigation Origins Is Now A Criminal Inquiry
By Briana Koeneman
By Briana Koeneman
October 25, 2019
The move gives the DOJ the authority to issue subpoenas for witness testimony and documents, to convene a grand jury and to file criminal charges.
SHOW TRANSCRIPT

The Justice Department's probe into the origins of the Russia investigation has reportedly turned into a criminal inquiry.

The news was first reported by The New York Times Thursday. Sources told the outlet the move gives the DOJ the authority to issue subpoenas for witness testimony and documents, to convene a grand jury and to file criminal charges.

The investigation is being run by John Durham, with Attorney General William Barr overseeing the probe. It was launched earlier this year to determine if federal investigators acted improperly as they looked into Russian interference in the 2016 presidential election.

President Donald Trump has repeatedly referred to the Russia investigation as a "witch hunt." And some have claimed the probe was influenced by anti-Trump sentiments.

The New York Times says the move is "likely to raise alarms" that President Trump is using the Justice Department to go after his enemies.

It's unclear exactly when the DOJ's investigation shifted from an administrative review to a criminal inquiry.