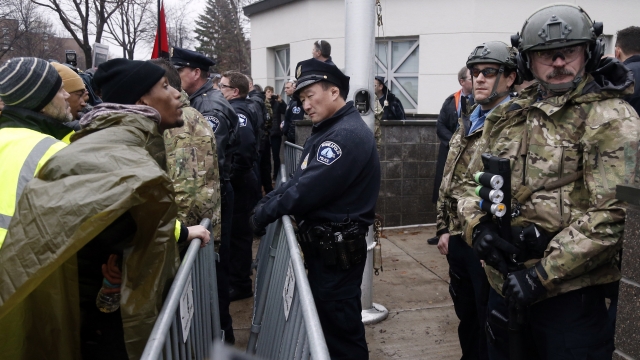 The Justice Department told lawmakers it is considering opening an investigation into whether the Minneapolis Police Department has a pattern of unconstitutional behavior.

The DOJ is in the midst of a separate investigation after George Floyd died in the custody of four police officers — one of whom knelt on Floyd's neck for close to nine minutes. It's examining whether the incident should be treated federally as a hate crime.

The Wall Street Journal reports the new investigation would look beyond Floyd's death to determine if the police force has "a history of discrimination, excessive force, illegal stops and other misconduct." Allegations of brutality have plagued the department for years, and it's facing a state-level civil rights probe.

The Journal said sweeping investigations, like the one the Justice Department's considering, are very thorough. Government lawyers can reportedly spend years riding along with officers and interviewing residents and officials, with an end goal of suggesting and implementing changes.