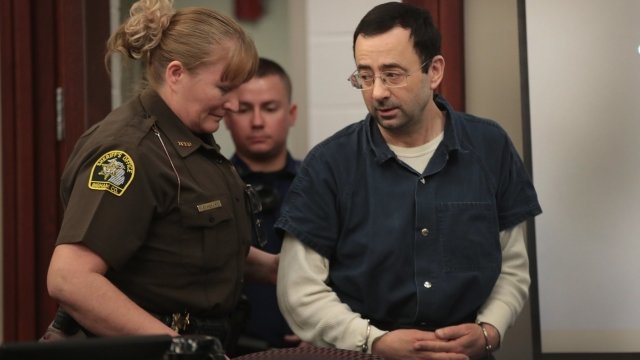 The Department of Justice might be looking into how the FBI handled abuse allegations against former sports doctor Larry Nassar.

That's according to The Wall Street Journal, which spoke with sources familiar with the investigation.

The sources told the Journal that investigators are looking into how multiple FBI field offices handled complaints about Nassar. USA Gymnastics says it first reported Nassar to the FBI in July 2015. But the Journal reports the FBI didn't officially open an investigation into the complaints until the Spring of 2016.

John Manly, a lawyer who represents 180 gymnasts, told CNN that the FBI's handling of the accusations were "inexcusable and possibly criminal." He said, "Their inaction allowed Nassar to return to [Michigan State University] for more than a year and molest another 60 girls before he was finally arrested in November of 2016."

Nassar was sentenced to 40 to 175 years in prison on multiple criminal sexual abuse charges.