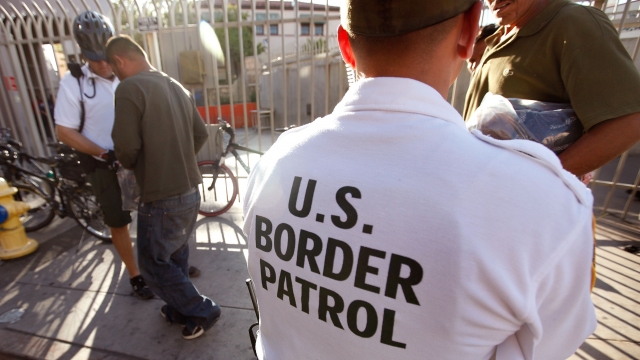 On Monday, the Trump administration proposed new regulations to expand the collection of DNA from migrants detained while entering the U.S. Under the proposal, those DNA samples would be added to an enormous FBI database that's available to law enforcement agencies.

Homeland Security officials provided a general outline of a plan to expand DNA collection at the border weeks ago.

Neither DHS nor the DOJ has said whether the proposed rules would exempt asylum-seekers who come to official points of entry.

But an unnamed DOJ official told The Associated Press that the proposed regulation would not affect permanent legal residents, people seeking to enter the U.S. legally or children under 14.

Deputy Attorney General Jeffrey Rosen said Monday, "Today's proposed rule change is a lawful exercise of the Attorney General's authority, provided by Congress, to collect DNA samples from non-United States persons who are properly detained under the authority of the United States."

The congressional authority Rosen is referring to is the DNA Fingerprint Act of 2005. It gives the attorney general exclusive authority to draft regulations that direct federal agencies to collect DNA samples of people who are in custody.

The rule will be officially published on Tuesday, and then it will be open to public comment for 20 days. Officials plan to launch a pilot program shortly after the comment period and then expand from there.