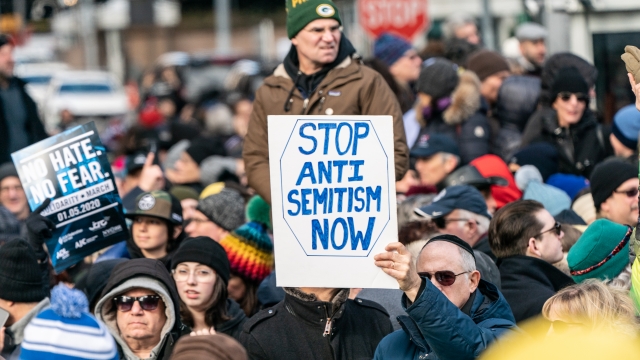 The Justice Department is planning a harsher crackdown on anti-Semitic crimes.

Barr said, "These are the kinds of cases that maybe in the past would have been treated locally, but I think it's important for the federal government to plant its flag and show zero tolerance."

The Anti-Defamation League says hate crimes against Jews have been on the rise since 2013. In 2020 so far, it's recorded over 30 incidents in the U.S.